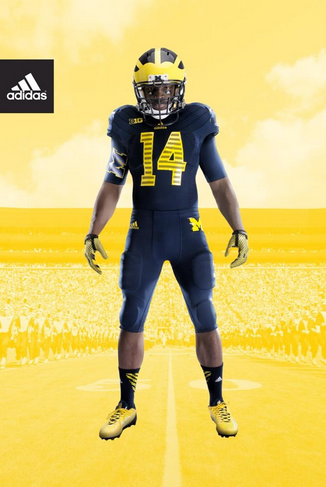 After an M Den catalog that was released early let the cat out of the bag, Michigan has officially unveiled their new alternate jersey for the Under The Lights III Night Game against Penn State on October 11th.

My thoughts? Just no. Michigan doesn’t need to touch their jerseys. And I understand that recruits like them, but then do a better job.

The numbers don’t look too bad, actually a pretty cool idea, but the blue pants are anti-Michigan and I really hope they don’t say Michigan on the back for the game. 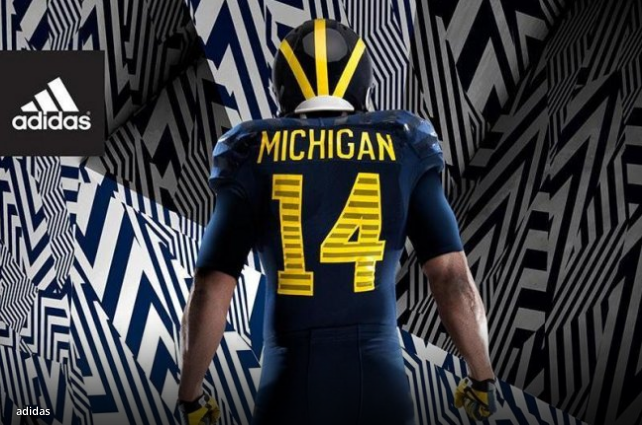 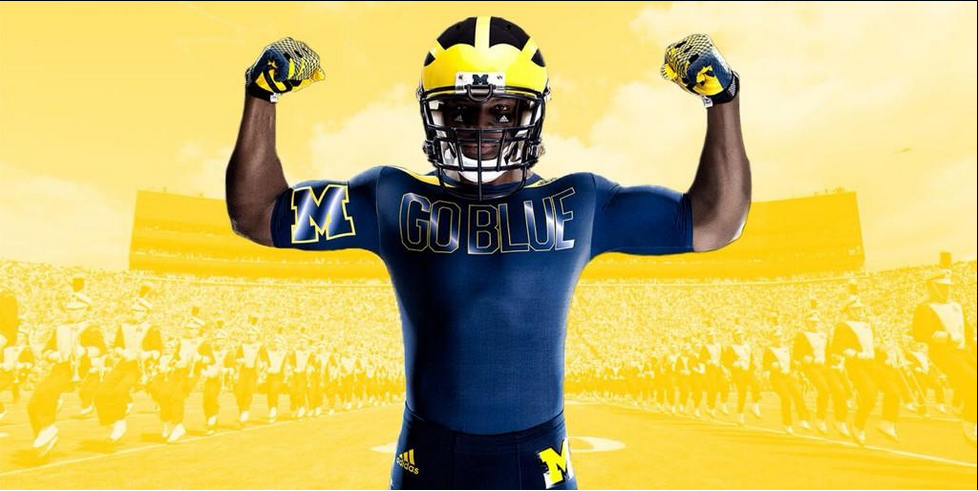