Devin Bush Jr., a four-star linebacker out of Flanagan High School, has two of his teammates already committed to the Wolverines (safeties Devin Gil and Josh Metellus). Bush, who previously took a selfie in a Michigan visor, has apparently been paying close attention to Wolverine’s 2016 class.

Take a look at the recent people Bush has taken to following on Twitter: 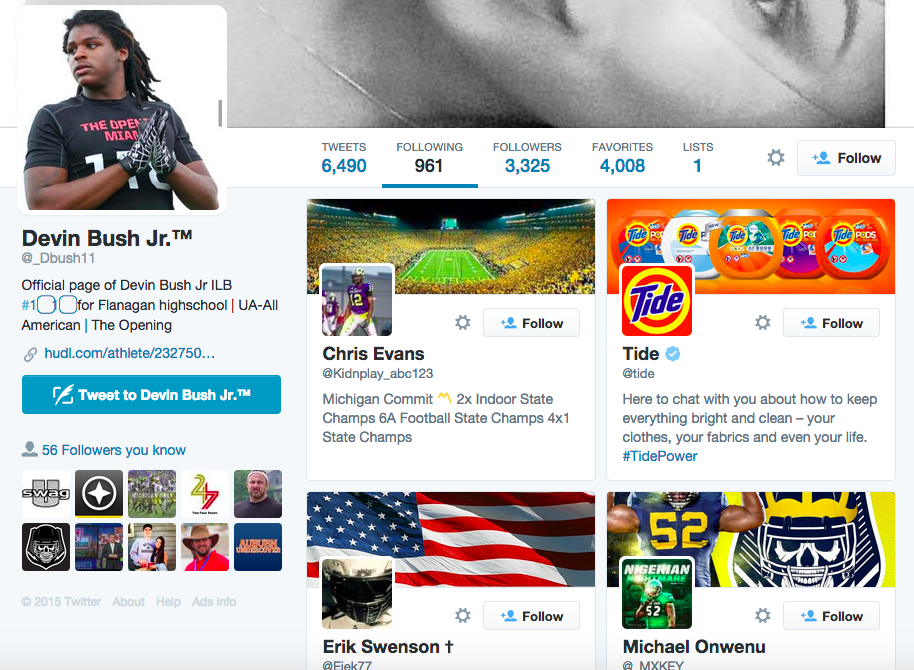 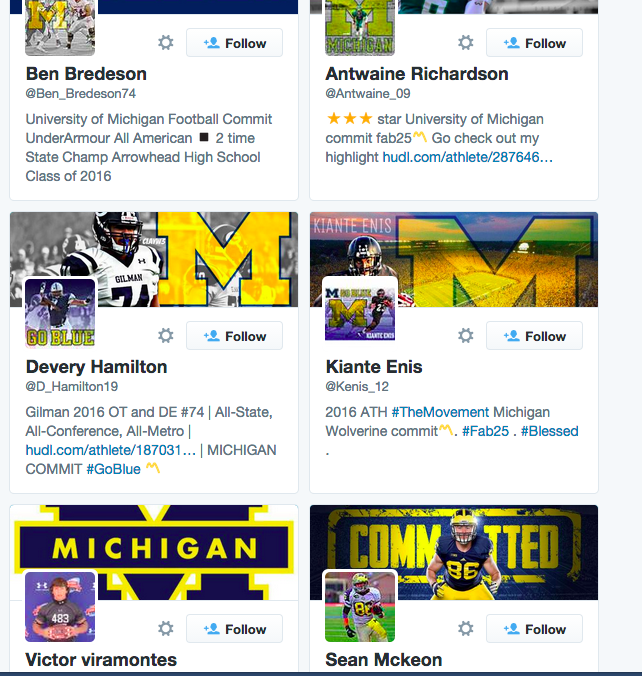 Bush Jr. is ranked as the No. 226 player in the composite rankings. Watch his highlights below:

WR Brad Hawkins Pushes Up Announcement Date, Will It Be For The Favorite Michigan?
Michigan Hits A Home Run With Rashan Gary