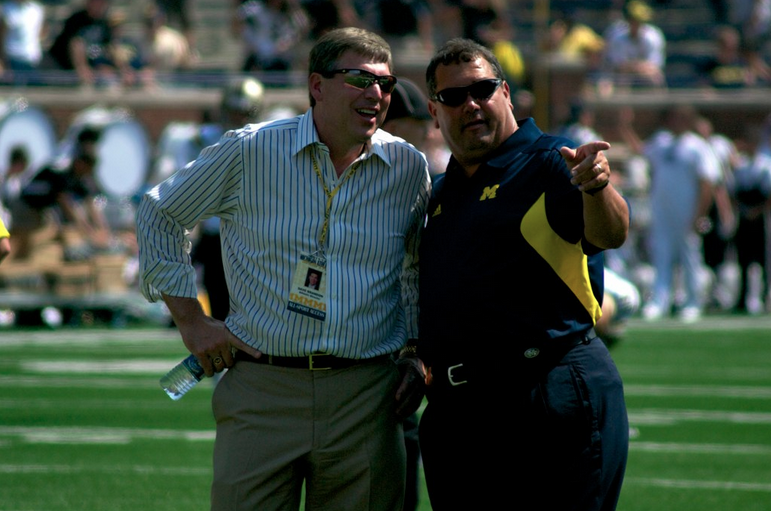 At 12:52 AM, Michigan Athletic Director Dave Brandon released a statement regarding the Shane Morris incident. To no one’s surprise, Morris was diagnosed with a probable, mild concussion.

It’s lengthy, but worth a read.

I have had numerous meetings since Sunday morning to thoroughly review the situation that occurred at Saturday’s football game regarding student-athlete Shane Morris. I have met with those who were directly involved and who were responsible for managing Shane’s care and determining his medical fitness for participation.

In my judgment, there was a serious lack of communication that led to confusion on the sideline. Unfortunately, this confusion created a circumstance that was not in the best interest of one of our student-athletes. I sincerely apologize for the mistakes that were made. We have to learn from this situation, and moving forward, we will make important changes so we can fully live up to our shared goal of putting student-athlete safety first.

I have worked with Darryl Conway, my Associate Athletic Director for Student-Athlete Health and Welfare, to develop a detailed accounting of the events that occurred. Darryl is the person who oversees all athletic training personnel and serves as the liaison to the physicians we work with through the University of Michigan Health System and University Health Services.

I, along with Darryl and our administrative and medical teams, have spent much of the last two days carefully reviewing the situation regarding Shane Morris. We now understand that, despite having the right people on the sidelines assessing our student-athletes’ well being, the systems we had in place were inadequate to handle this unique and complex situation properly.

With his permission, I can share that Shane Morris suffered an ankle injury during the third quarter of Saturday’s game. He was evaluated for that injury by an orthopedic surgeon and an athletic trainer several times during the game. With each of these evaluations it was determined that his ankle injury did not prevent him from playing.

Shane came off the field after the following play and was reassessed by the head athletic trainer for the ankle injury. Since the athletic trainer had not seen the hit to the chin and was not aware that a neurological evaluation was necessary, he cleared Shane for one additional play.

The neurologist and other team physicians were not aware that Shane was being asked to return to the field, and Shane left the bench when he heard his name called and went back into the game. Under these circumstances, a player should not be allowed to re-enter the game before being cleared by the team physician. This clearly identifies the need for improvements in our sideline and communication processes.

Following the game, a comprehensive concussion evaluation was completed and Shane has been evaluated twice since the game. As of Sunday, Shane was diagnosed with a probable, mild concussion, and a high ankle sprain. That probable concussion diagnosis was not at all clear on the field on Saturday or in the examination that was conducted post-game. Unfortunately, there was inadequate communication between our physicians and medical staff and Coach Hoke was not provided the updated diagnosis before making a public statement on Monday. This is another mistake that cannot occur again.

Going forward, we have identified two changes in our procedures that we will implement immediately:

We will have an athletic medicine professional in the press box or video booth to ensure that someone will have a bird’s eye view of the on-field action, have television replay available and have the ability to communicate with medical personnel on the sidelines.

We are also examining how to reinforce our sideline communication processes and how decisions will be made in order to make sure that information regarding student-athlete availability to participate is communicated effectively amongst the medical team and to our coaches.

We have learned from this experience, and will continue to improve ways to keep our student-athletes’ health and safety our number one priority.

This all sounds pretty good, but why release the statement so late? What took so long? And why weren’t these procedures already in place? A lack of communication is all that is to blame? Something tells me that this is far from over.