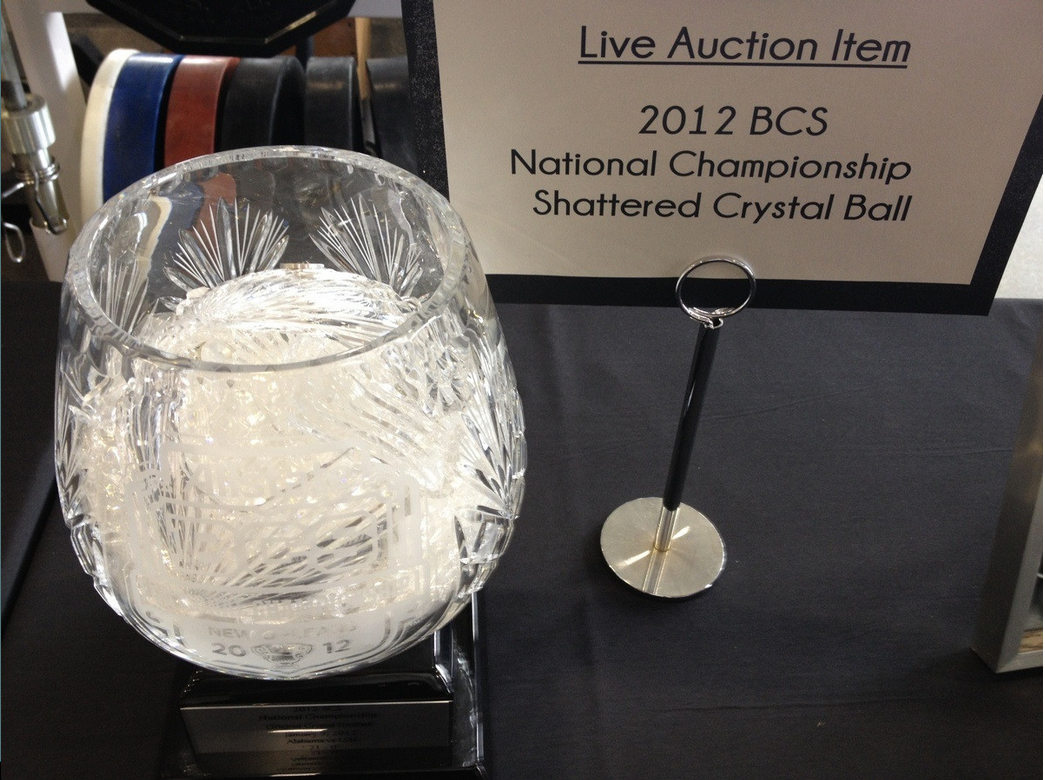 At the Alabama Crimson Tide Celebrity Golf Tournament on Sunday, the Crimson Tide auctioned off the broken 2011 BCS Championship Crystal Ball Trophy.  Last April, the trophy had been accidentally broken and it was reportedly valued at $30,000.  On Sunday, the trophy was auctioned off for more than three times that much and went for a whopping $105,000.  That’s an obscene amount of money for a broken trophy.  Maybe next time they should auction off one that isn’t broken and see how much they could get for it.