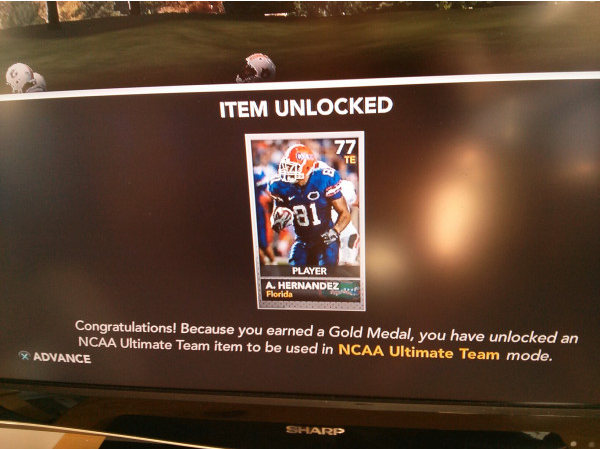 As the New England Patriots and Urban Meyer try to distance themselves from Aaron Hernandez, EA Sports put him in their NCAA Football 14 game.  Hernandez appears in the brand new Ultimate Team mode, which unlocks certain players by purchasing player card packs and completing tasks in the Skills Trainer mode.  Based on leaked videos, the game was finalized around June 11th, well before Hernandez’s legal troubles.

We made a decision to remove Aaron Hernandez from Madden NFL 25 and NCAA Football 14. Because NCAA Football 14 was finalized prior to our decision, Hernandez’ image still appears in the Nike Skills Trainer. However, he is not in the game, and anyone who unlocks that particular Nike Skills Trainer reward will receive an Alex Smith Ultimate Team player item instead. The image of Hernandez will be removed via a Title Update in the near future.

Pretty easy decision on EA Sports part and a relatively easy fix.  No reason to include Hernandez in the games with his legal troubles.