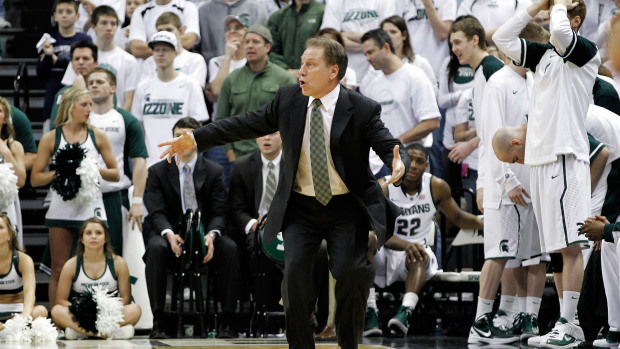 Tom Izzo just had to be pulled away from an OSU fan taunting him. He didn’t lunge, but there were words and he was yanked away.

You can understand Izzo’s frustrations — MSU got whistled for 22 fouls, OSU only 12. Also, on the final play of regulation, with Michigan State down two, OSU’s Aaron Craft probably should have been called for a foul as he was holding onto Gary Harris’ jersey on the final shot.

The 59-year-old coach, who led MSU to a 23-8 record this season, had this to say about the Ohio State fan:

Tom Izzo on the OSU fan: “She was a jerk … You want the truth or you want me to lie?”