Only Remaining Perfect Bracket Not Entered in $1 Billion Dollar Challenge

There was a single perfect bracket remaining after Stephen F. Austin upset over VCU, and unfortunately it’s not entered in Warren Buffet’s $1 Billion Dollar Challenge. Instead, Brad Binder’s bracket is entered in Yahoo!’s ‘Tourney BracketPick’em 2014’ and isn’t eligible for the Billion dollars.

Binder seems to be a good sport about it:

Here’s a look at Binder’s bracket, which has Michigan beating Michigan State in the Championship game: 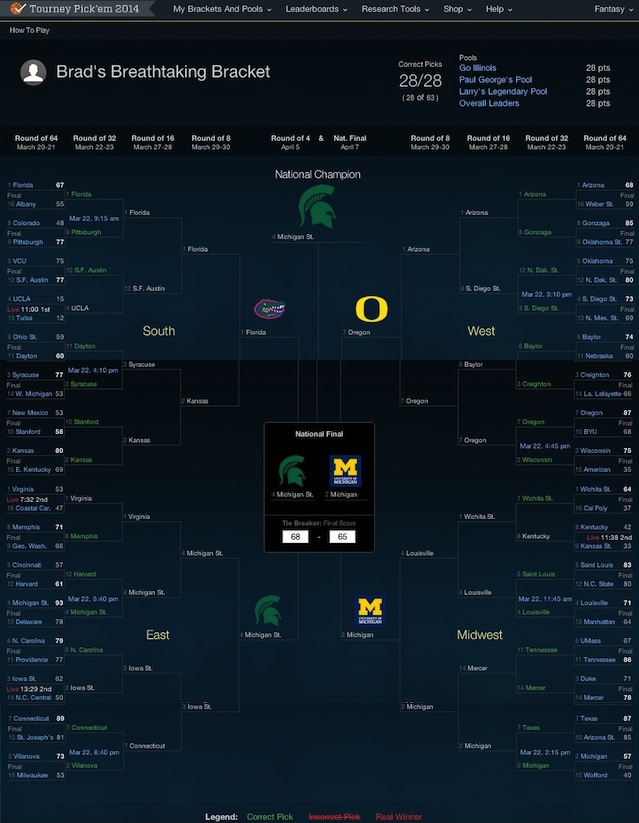 If he somehow predicts the entire tournament correctly, America should step in and donate the Billion dollars to the man.