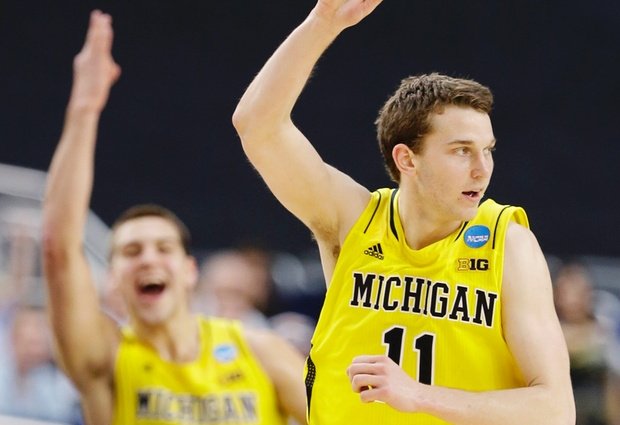 Looking for college basketball’s next big shooter? Look no further. Michigan’s Nik Stauskas showed off his touch in a YouTube video he made while back home in Canada.

During a five minute drill, Stauskas, who shot 44% from three during his freshmen season at Michigan, displayed his shooting skills by hitting 46 three pointers to start the drill and making 70-of-76 overall.

Even with the departure of Trey Burke, Michigan has a solid chance of repeating last year’s NCAA tournament run with Stauskas, Glenn Robinson III and Mitch McGary and an impressive recruiting class.

This isn’t the first video from his backyard in Mississauga Ontario that Stauskas has produced.