Marcus Smart has been suspended three games for pushing Texas Tech superfan, Jeff Orr, late in the second half of Saturday’s loss in Lubbock. This is a fair and just punishment, as there’s a ton of speculation that Orr used a racial slur when addressing Smart after he fell into the camera men behind the basket. Here’s a video of the incident:

The three opponents that Oklahoma State will have to face during Smart’s absence are Texas and Baylor on the road and Oklahoma at home, three very tough Big 12 foes. When the Cowboys lose all three of those games, they’ll have to probably win out or win the Big 12 Tournament to make it to the NCAA Tournament.

Here’s another great picture from directly after the shove occurred: 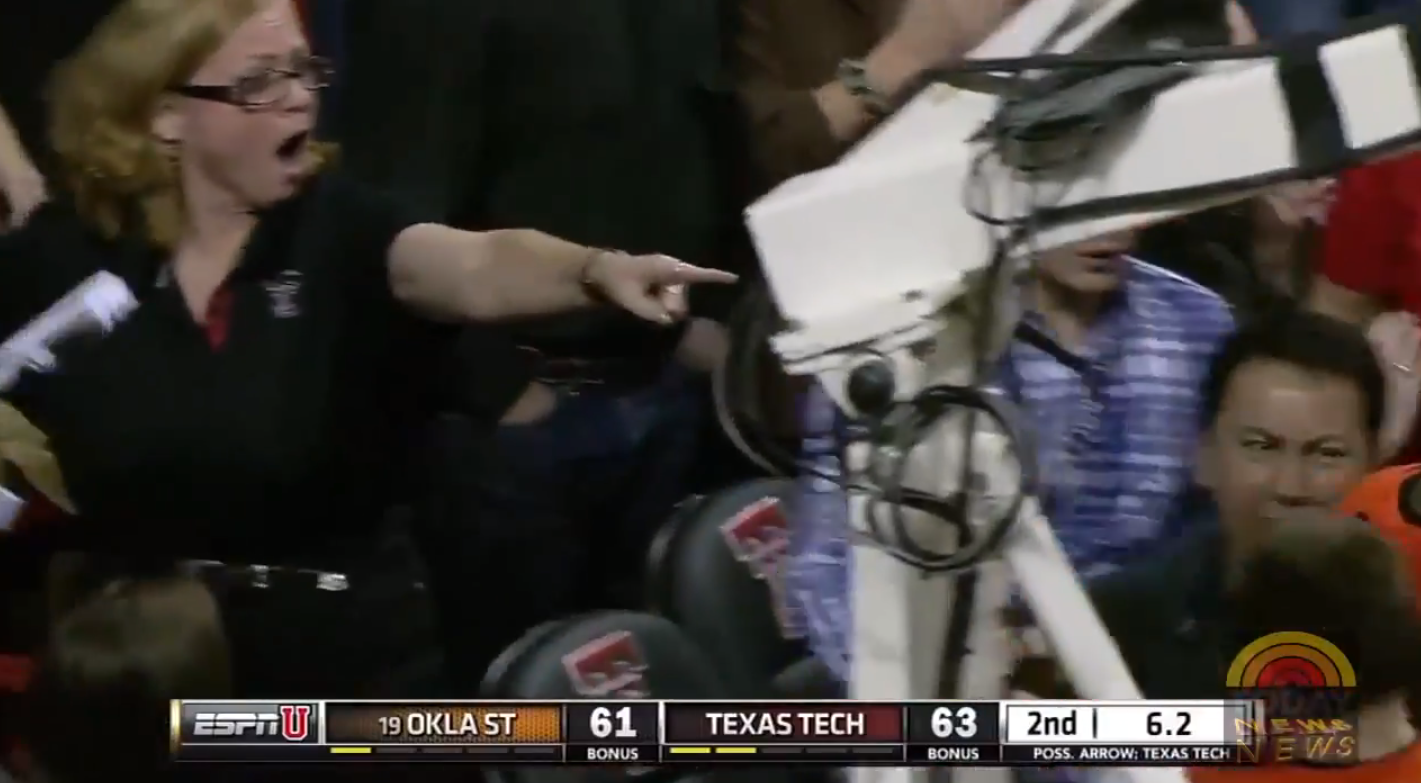 [Video via: US World News]