The son of Boston Celtics coach, Doc Rivers, and brother of former Indiana player Jerimiah Rivers, Austin is considered by most scouting services as the best player in the class. Originally from Florida, Rivers went to Winter Park high school. He averaged 29 points per game as a senior and won multiple awards, including the Naismith and Gatorade Florida Player of the Year. At 6’5 and 180 pounds, Rivers originally signed after his freshman year in high school to play at his favorite school growing up, University of Florida. As the recruiting process moved along, Rivers dropped the Gators and signed his letter of intent instead for the Duke Blue Devils.

Rivers is my top high school basketball prospect for several reasons. First, he is excellent off the dribble. He can pull up and shoot from anywhere on the floor and at the same time he always is a threat to cross someone over and take his defender to the basket. In some ways, Rivers can be compared to a younger D-Wade. He really likes the stutter step move and uses it perfectly to freeze his defender. His shooting form reminds me of Jimmer Fredette’s in that it is precise and with a quick and accurate release. Obviously, with a dad who’s played and coached in the NBA, basketball is in his blood. River’s court sense and awareness is way above par. He always is looking up the floor and trying to find his teammates. Finally when he has to finish around the rim, he can use either hand and shows great athleticism. 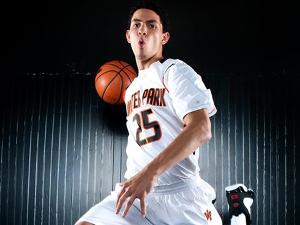 ESPN has a similar take on Rivers’ game.

Strengths: Confidence is Rivers calling card as he both wants and demands the ball in pressure situations. He is a cold-blooded assassin that has the full package of offensive weapons at his disposal and plays without fear of failure. He has range out to 28-feet, uses the jab-step as well as seasoned pros, an excellent mid-range game, can finish through contact when attacking the basket and has the best NBA-level floater over the bigs of any player in the high school or college ranks. Austin is moving better without the ball. He also does a great job being patient and handling double teams and being denied. Seems to trust his teammates more than before and has done a better job picking his scoring spots which helps his shooting percentage, but still understands when it is time to take over.

Rivers will likely be a “one and done” player at Duke. The similarities between he and Kyrie Irving, who was also a one and done player, as well as the number one pick in the NBA draft will start as soon as he arrives on campus. Rivers already has the potential to be a lottery pick in next years NBA draft if he decides to leave early. 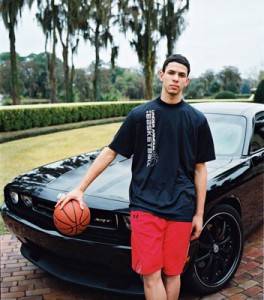 The Blue Devils lose starters Nolan Smith, Kyrie Irving and Kyle Singler and I think Coach K keeps Seth Curry at the point guard position and slots Rivers as the everyday starter at shooting guard. However, Krzyzewski isn’t going to hand Rivers the starting position. Austin will need to beat out uperclassman Andre Dawkins who is now a Junior. With Rivers, Duke should be a high scoring team that loves to get out on the break next season. Looking at their current roster and the incoming freshman class they’re going to be a favorite for another National Championship. It still pains me to think about Darius Morris’ missed floater during the second round of last years NCAA tournament. Too bad my cousin Jake, a Junior at Duke gets to see all of this first hand.