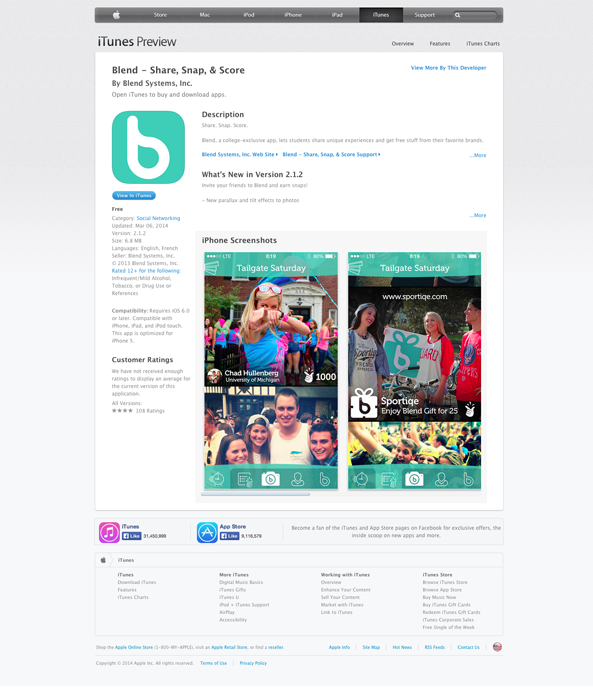 In the biggest troll move of the day, the college app “Blend” has banned any Ohio State Student from using the app. You have to have a “.edu” email address to sign up, an old feature of Facebook, and if you sign up with an Ohio State email, your account is automatically deleted. The point of the app is for college students to share photos that fit the theme of the day on the app, such as “Tailgate Saturday.” The apps creator, Akish Nigam is a Michigan drop out, and has no love for Ohio State. They estimate they have deleted around 2,000 accounts that have Ohio State emails. He told Mashable:

“It’s like, look, let’s fix the problem for the people we care about, and we just don’t care about Ohio State. That’s what it comes down to. We said, ‘they probably shouldn’t be included in a cool product that we’re building.’[Ohio State] hasn’t been too happy. I think on our Facebook some guy was like super angry and sent us a few messages, but, I mean … sucks to suck.”