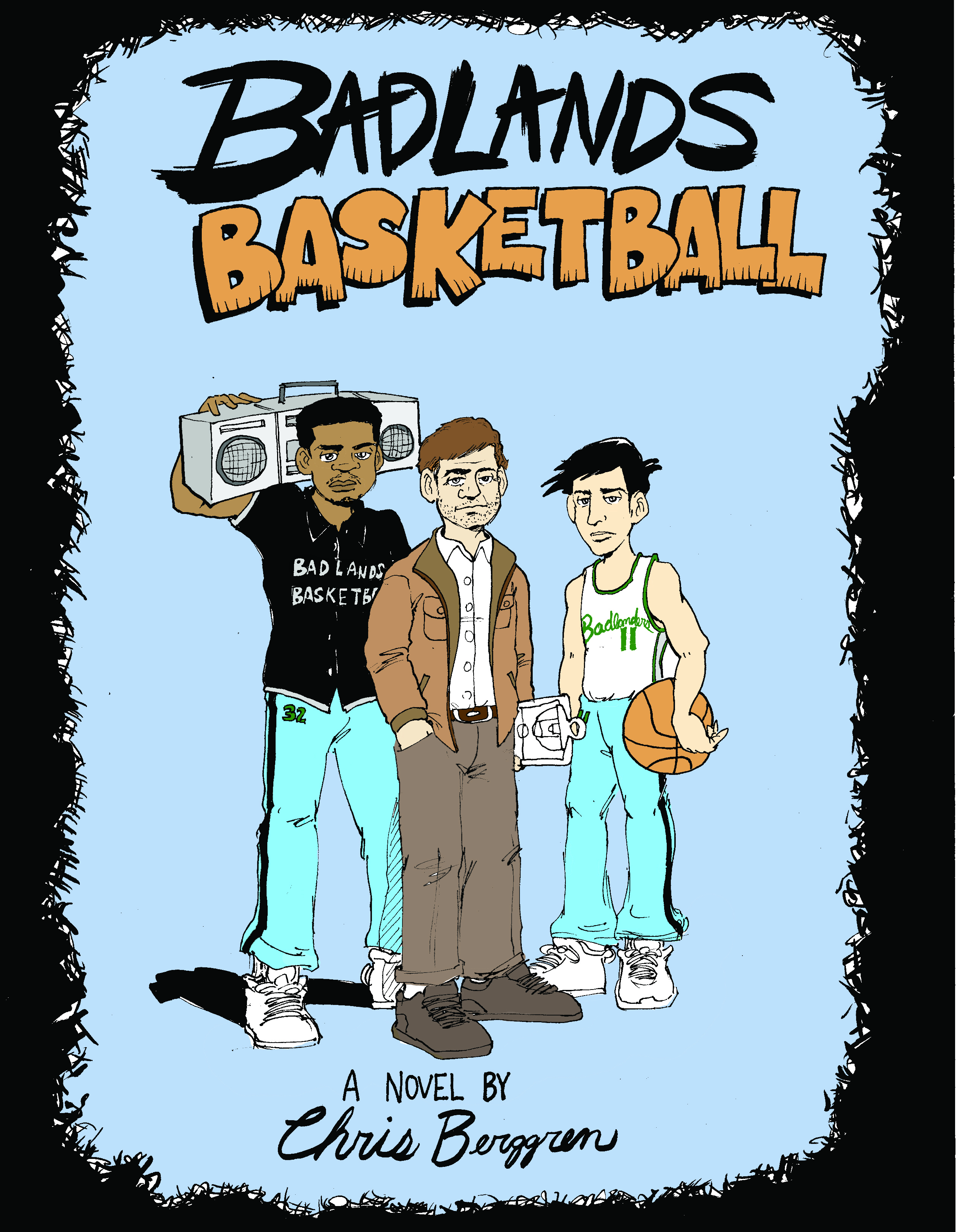 I recently finished Chris Berggren‘s book ‘Badlands Basketball’ and couldn’t have enjoyed it more. A true underdog story, Badlands Basketball is the type of book that you cannot put down. The perfect book for anybody who enjoys the game of basketball or sports in general.

Here’s the synopsis of one of the best sports books of 2015:

Jimmy Dowkens, a journeyman basketball coach, has just been given the chance he’s waited ten years for: an NCAA Division I head coaching position. That’s the good news. The downside is that the job just happens to be at South Dakota Tech, where the Badlanders are historically the worst program in college basketball’s topflight. And if that wasn’t enough his marriage is on the rocks, he’s feeling increasingly alienated from his 8-year-old son, and after a blowout loss in his home opener, he discovers that the local sports reporter is pursuing a vendetta against him.

It’s not all gloomy, though. Coach Dowkens does have Anthony King, a player with star-quality potential who’s never been pushed. The team also includes freshman point guard Danny Ross, a dribbling and passing wizard, who can’t shoot. And perhaps the biggest ace up his sleeve is that while visiting his wife and son in Minneapolis, Dowkens is fortunate enough to meet and befriend Hadrian Woods, the top-rated high school recruit in the country.

The Badlanders rough start is hardly surprising, but Dowkens has decided the only way for his team to compete is to work his players into the best shape of their lives. He institutes distance running as a way to build stamina and challenges the players to surprise themselves. Behind the scenes, Dowkens is also doing everything he can to persuade Woods to do the unexpected by choosing South Dakota Tech over the major programs recruiting him. Even when Woods shares that his desire to win a championship is his main deterrent, Dowkens simply widens his scope to include three of the other top-rated national recruits. It’s such a preposterous plan that the recruits are actually taking notice.

On the court, Dowkens’ conditioning plan is starting to pay off.  Despite winning only one of their first four games, the Badlanders show improvement. It’s the off-court issues with which Dowkens struggles most, though. His wife has finally hit him with divorce papers and his involvement in a past scandal continues to haunt him. Plus his local sports reporting nemesis informs him that his own athletic department views him as nothing more than a temporary replacement for his predecessor, who resigned unexpectedly after suffering a nervous breakdown. If Dowkens wants to keep his job, he needs to succeed at a place where no other coach has—and he needs to do it quickly.

Things get even more complicated when he starts dating a hip, young English professor, his assistant coach suffers a heart attack during practice, and his son, Jason, arrives to visit for the holidays. Balancing his coaching duties and audacious plan to bring the top recruiting class in the country to the little-known basketball school with the wave of uncertainty surrounding his personal life and job security, Dowkens takes his Badlanders to Las Vegas to play the eighth-ranked UNLV Runnin’ Rebels on national TV in a game that seems certain to define his career.