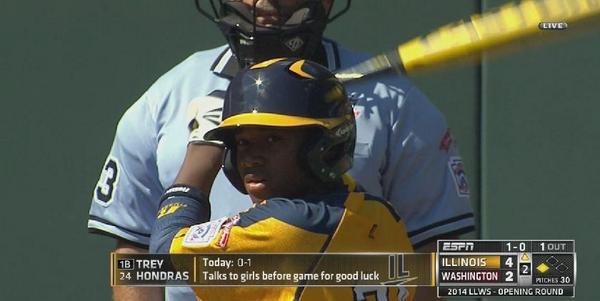 Trey Hondras, team Illinois 1st baseman at the Little League World Series, is a very wise 12-year-old. While up-to-bat during today’s opening round game, ESPN showed a little factoid that Hondras “talks to girls before games for good luck”.

Hondras might want to ask his teammate Pierce Jones what he does for good luck before games. Jones hit three-home runs and had a triple during the team’s 12-2 win over Washington.

Related: Puerto Rico’s Erick Figueroa is a man amongst boys

In this article:Little League World Series