Korean Mayor Gets Egged After Agreeing To Move Baseball Stadium 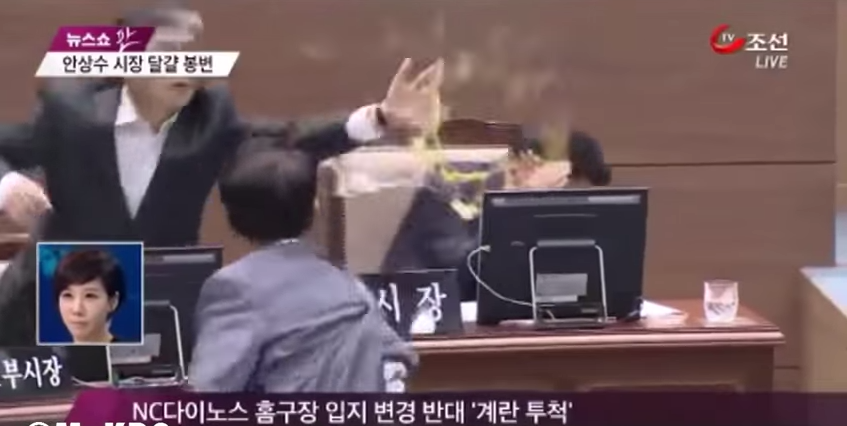 The Mayor of Changwon, South Korea approved a measure to move the city’s baseball stadium against the wishes of a councilman.The expansion team DC Dinos was to be built in his neighborhood but was moved to another. This councilman decided that the proper response to not getting what he wanted was to egg the mayor. Now this is a councilman I can vote for.