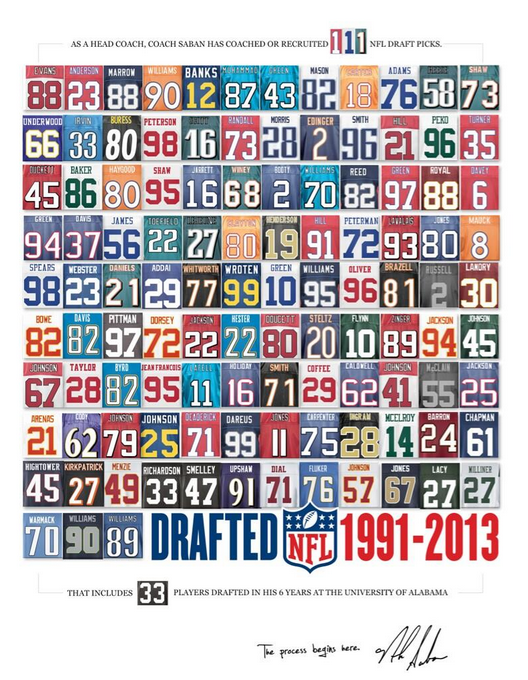 Alabama Head Coach Nick Saban has been sending to potential recruits this photo of prospects that he recruited or coached that ended up in the NFL.  Personally, I think it should just be a list of players that he coached that went drafted (which would still be a long list).  Sure, showing which players he recruited (from Toldeo, Michigan State, LSU and Alabama) shows that he can identify talent, but it only makes me think of the fact that he didn’t finish at the school with the players for whatever reason.  Regardless of that, it’s an extremely impressive list and having 33 players drafted out of Alabama the last six years is ridiculous.

UPDATE: According to Coaching Search, the graphic is misleading and he cannot take credit for all of the players on this list.

While still impressive, a little birdie has informed me that Alabama is stretching the truth in this illustration because Nick Saban can’t actually take credit for Demetrius Byrd or Brandon Lafell.  In fact, Byrd came to LSU two years after Saban’s departure. Lafell signed with the Tigers after Saban had accepted the Miami Dolphins’ head coaching job.

He can however take credit for this: 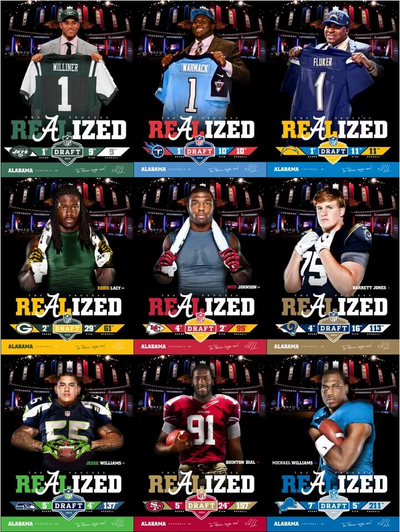 Nine players picked in one draft, with three in the Top 11, is absurd.