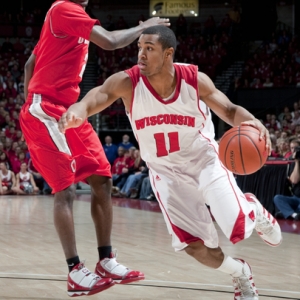 Taylor, now a senior, has been nothing short of solid his first three seasons at Wisconsin. Last year, the Big Ten first team pick, averaged 18 ppg and 4.5 assists. He is the main returning starter from a team that made it all the way to the Sweet 16 before being upended by eventual National Championship runner up, Butler.

As a team last season, Wisconsin struggled getting the ball into the hoop. During the Big Ten Tournament for example, the Badgers managed a to score a total of 33 points against Penn State, 16 of which came from Taylor. With the departure of Jon Leuer, Bo Ryan’s offense will rely heavily on the crafty point guard to create opportunities for teammates and manage the Wisconsin offense.  Expect him to challenge Jarred Sullinger for Big Ten player of the year honors and average around 20 per game. 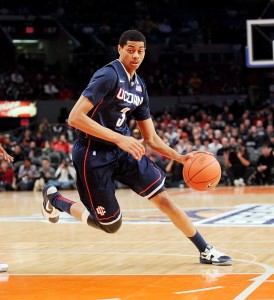 Blessed with one of the smoothest shooting strokes in the country, Lamb is a great offensive weapon. He can easily pull up from anywhere on the court or hit shots with a defender in his face.  The late addition of recruit Andre Drummond, gives UConn a low post option that will free up some space on the wing and let Lamb do what he does best and shoot.  His per game averages should double this year as Jim Calhoun should rely on him heavily to make Connecticut go. 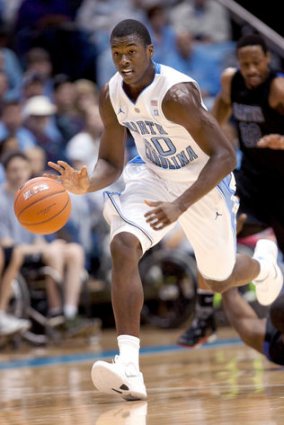 There was no bigger recruit in the 2011 class than Barnes, and for the most part, the 6’8” wing from Ames, Iowa lived up to those high expectations. Barnes averaged 15 ppg during his freshman season and dropped 40 against Clemson in the ACC Championship Game.

Barnes is the projected #1 pick for the 2012 NBA Draft. He showed great abilities under pressure situations, and for a player his size he can really stroke it from deep. One concern about a Carolina team that returns all 5 starters from a Final Four team is that it probably takes a few touches away from Barnes each game. Nonetheless, he should see a 20 ppg average and lead the Tar Heels back to the Final Four. 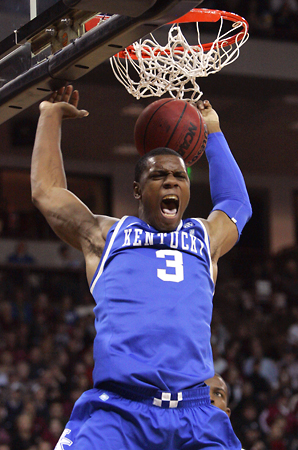 It was pretty much assumed that Jones was going to depart for the NBA following his freshman season. However, the versatile forward from Portland, Oregon returned and gives John Calipari a dynamic player. Averaging 16.5 points and 9 rebounds per game last year, Jones was the one Kentucky player that consistently filled up the scoreboard.

Now Jones will need to be one of the leaders on a team that adds yet another stellar recruiting class led by, Anthony Davis, Marquis Teague and Michael Gilchrist. Jones will likely need to carry the load for Kentucky during the beginning of the season while these freshman get acquainted to the college game. 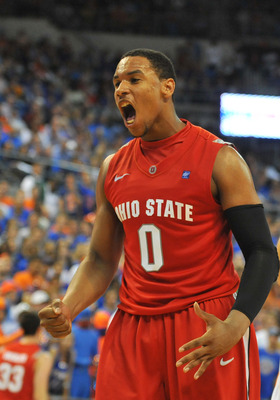 Last season the freshman from Columbus, Ohio averaged 17.2 point and 10 rebounds and was named national freshaman of the year. Sullinger helped the Buckeyes to a 34-3 record and Big Ten regular season and tournament titles. With the departure of Jon Diebler, David Lighty and Dallas Lauderdale, Sullinger will be needed to produce even more this year.

Sullinger is an absolute load at 6’8” and 280 pounds, and surprised a lot of people by returning to Columbus for his sophomore season. His game is based entirely with his back to the basket.  He converts well on the block and shoots 65% from the free throw line. Point guard, Aaron Craft, will feed Sullinger all season long down low and he should be the national player of the year in 2012.