Kevin Schwarzel, a referee from Ohio who worked the 2016 OSU – Michigan game, will be back in Ann Arbor Saturday officiating the game, according to Chris Balas of On3. Via 2006 Athens News on Schwarzel:

‘This year, I did my first full schedule in the Big 10,’ he said. Schwarzel was an Ohio State fan growing up, and said he was excited to be on the field for the Ohio State/Texas game, which featured (at the time) the top-ranked team in the country against the second-ranked team.

His crew worked the Ohio State/Michigan game this fall, which also featured the two top-ranked teams at the time, but Schwarzel was not allowed to work the huge game because he is from Ohio. 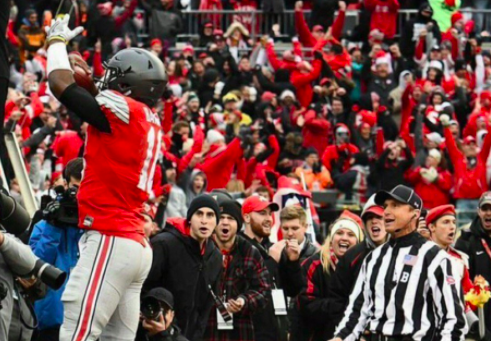 Growing up an Ohio State fan and being from Ohio should be enough to not allow Schwarzel (seen above) to call the game. On top of that, however, to allow any official who called the horribly lopsided 2016 game (where the B1G admitted many mistakes in the game) even more insane.

Could the below video of the inconsistent officiating be a preview of another Michigan – Ohio State showdown with Schwarzel in attendance?