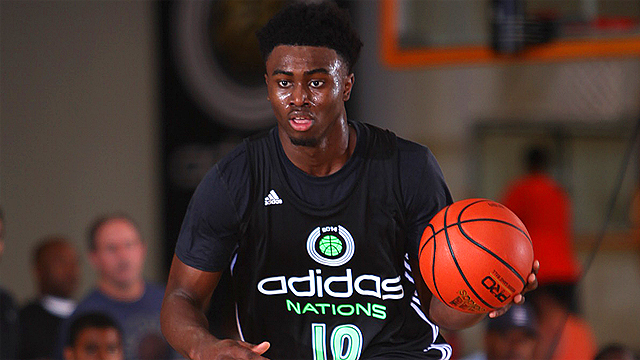 Jaylen Brown, the nation’s top player in the 2015 recruiting class, is currently participating in the McDonald’s All-American game. A small-forward out of Georgia, Brown likely will announce sometime at the end of April. Brown, who visited Michigan last weekend, will pick between the Wolverines, Kansas and UCLA – all adidas schools.

See the quote below from Brown about picking an adidas school (via ESPN): 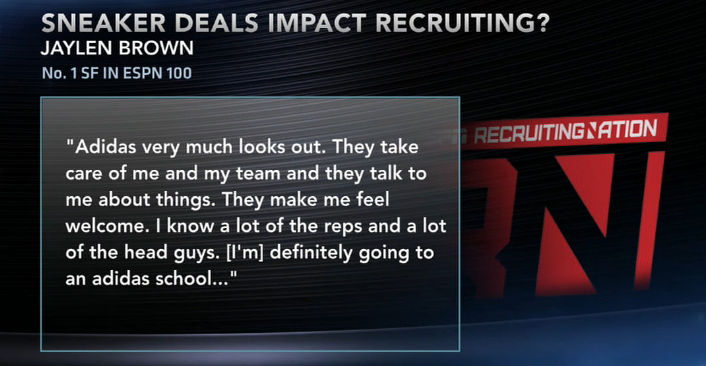 Kentucky and North Carolina, both Nike schools, appear out of the running now based on his quotes.

Highlights of Brown below: