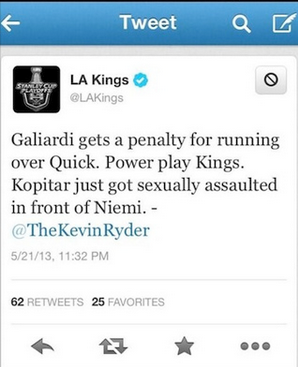 Kevin Ryder of the Kevin and Bean Morning Zoo show on LA’s KROQ took over the Los Angeles Kings Twitter Account during their game against the San Jose Sharks last night.  It turned out to be a really bad decision on the Kings part as Ryder made an off-color joke about sexual assault to describe a penalty.  The Kings quickly issued an apology and I think they will be more careful the next time they choose someone to tweet from their handle.

This isn’t the first time a professional sports franchise’s Twitter Account has made a bad a joke.  When the Detroit Red Wings finally clinched a playoff spot for the 22nd year in a row, the Red Wings made a bad joke about suicide. 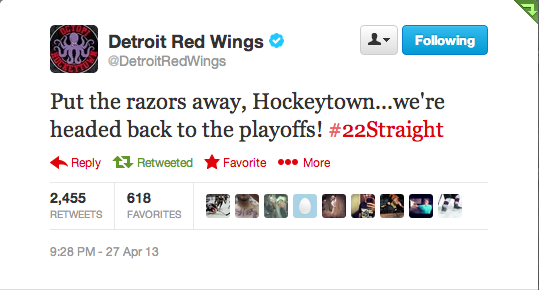