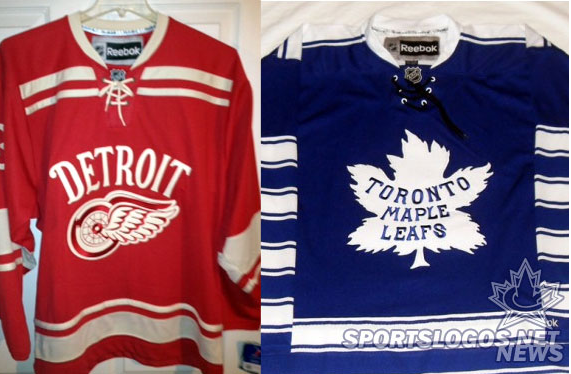 Perhaps the most devastating casualty of the NHL Lockout was the loss of the Winter Classic at the Big House, and the HBO 24/7 series.  It now appears that both sets of jerseys have leaked onto the Internet, and that we were in for a red vs. blue matchup, a sports rarity. 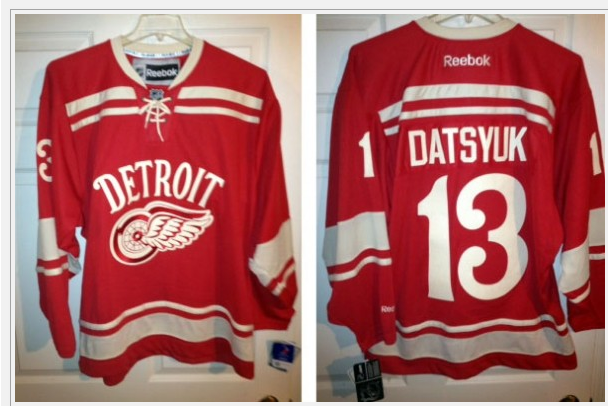 The Wings jersey looks to be inspired by the uniform that the Detroit Cougars wore in 1928-29.  The Red Wings were originally called the Cougars and the Falcons, prior to becoming the Red Wings in 1932.  When was that Maple Leafs uniform worn you ask? 1928-29.  It seems that there is a pretty solid theme going on here, and the only question that remains is if they will still wear these beauties when they play the Winter Classic at the Big House in 2014.  Both of these teams deserve a lot of praise for designing these fantastic uniforms.

By the way, in case there was any doubt about the authenticity, the Red Wings logo matches the merchandise that leaked in December. 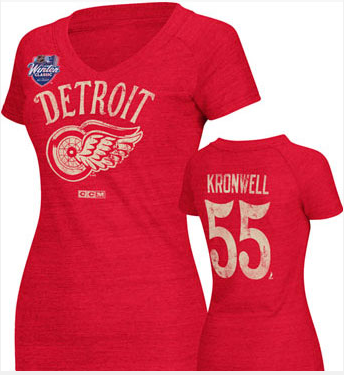 Feel free to purchase either uniform on eBay. (Toronto) (Detroit)