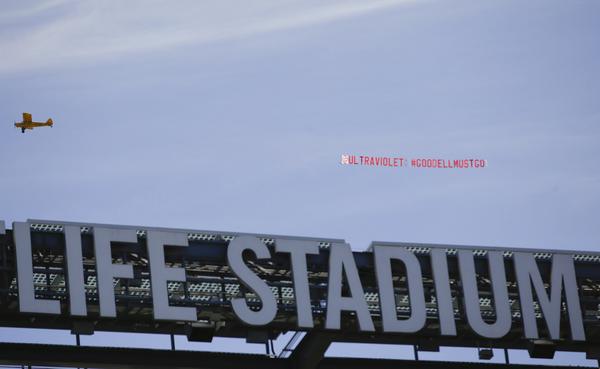 Unhappy with the way he has handled the Ray Rice situation, the women’s advocacy group, UltraViolet, protested Roger Goodell by having a banner fly over MetLife Stadium that read “#GoodellMustGo” before the kickoff of the New York Giants- Arizona Cardinals game. There was a second plane at the Cleveland Browns-New Orleans Saints game, and a third is expected for Monday Night’s Colts-Eagles game. Well done, UltraViolet.