Robert Griffin III made his way to Waco, Texas for Baylor’s first game of the year against SMU and the first game in the new McLane Stadium because of his statue being unveiled. While he was there, he got a selfie shot with the Baylor Line. Must have been pretty cool for those students that made the cut in the photo. 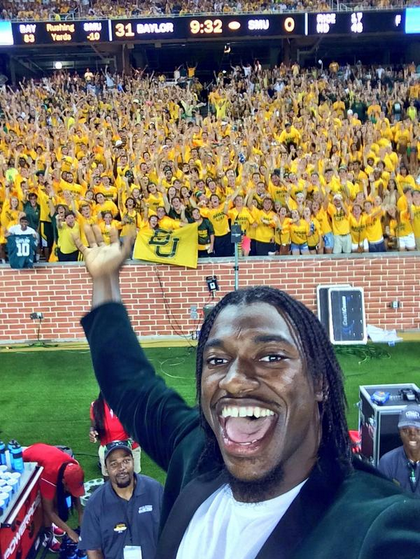 Had a blast with the Baylor Line at halftime #SicEm pic.twitter.com/dClftrbOri

Baylor Lets Students Run On Field, Students Trample Each Other
Bryce Petty Played With Cracked Spine After This Hit vs. SMU