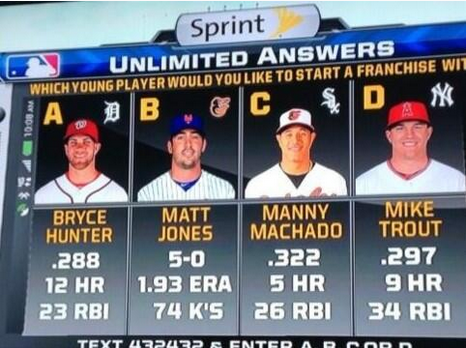 The crew covering the Kansas City Royals on Fox Sports Kansas City created one of the worst on-screen graphics ever on Thursday night during the Royals-Angels game.  It was supposed to be a simple poll on which young baseball star you wanted on your team, and they just completely botched it.

Here’s a brief list of what is wrong with it: