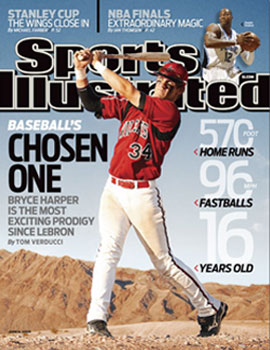 Former Washington Nationals #1 pick, Bryce Harper, was carried off the field today with an apparent leg injury. Harper was on his way from scoring from first on a long single when he pulled up just short of third base. Two team members helped him off the field and into the clubhouse. His team, Double A Harrisburg, declined to comment on the injury and its severity. This potentially could be a huge setback for a guy making $9.9 million and hitting .254 in 36 Double A games. Source