Brandon Inge shows up to Pirates clubhouse in Penguins gear - 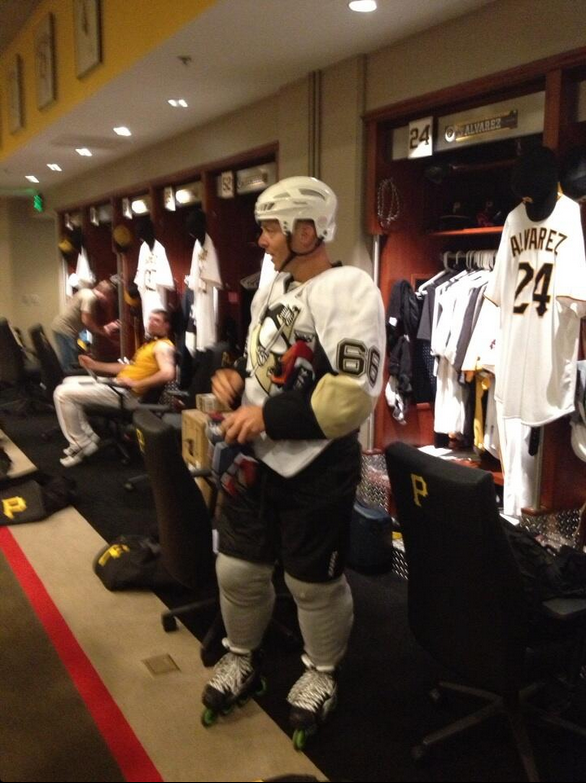 It appears that Pittsburgh Pirates third baseman Brandon Inge is letting his hockey fandom take over in the Pirates clubhouse.  Inge showed up on Thursday wearing full hockey equipment, a Mario Lemieux jersey and roller blades.  The Pirates are wearing Pittsburgh Penguins jerseys on their roadtrip to Cleveland and Detroit to support the team, but Inge took it a step further.  In an interview with USA Today he said:

“Just showing my support,” said Inge, a big hockey fan who’s never played the game but has two sons who do. “Man, I’m sweating already and all I did was a 40-second shift and had a goal scored on me. I don’t know how those guys do it.”

Inge swapped his hockey helmet for a catcher’s mask and stood in front of a hockey net in the middle of clubhouse as teammate took shots – using sticks stashed in the clubhouse area shared by Inge and second baseman Neil Walker.

The results? “That’s why I’m not a goalie,” Inge said.

These are the types of things that make sports great.