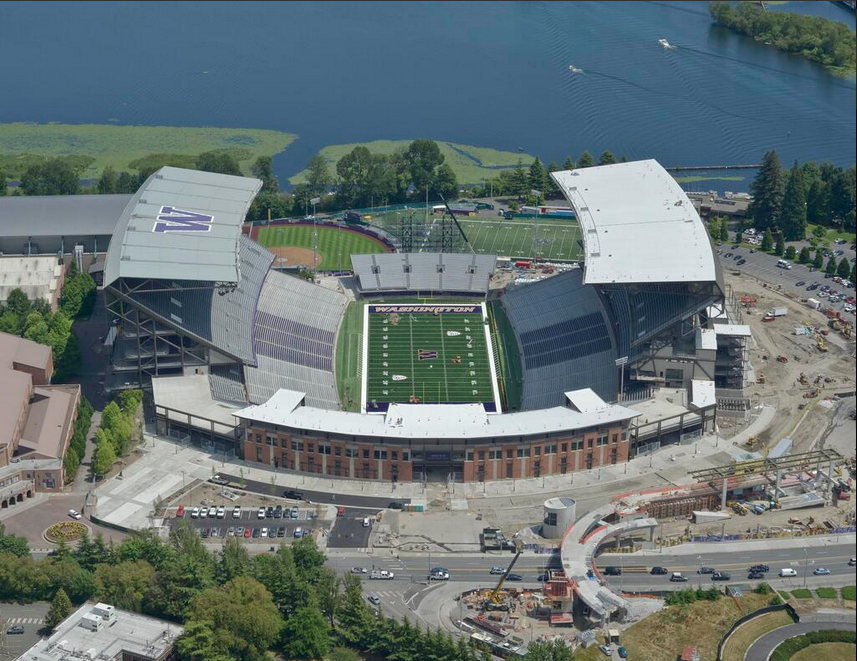 The Washington Huskies football program started renovating their stadium back in 2011 and it appears that it has finally been finished.  The renovations look fantastic and I’m sure Huskies fans are going to be excited to finally step into the finalized stadium when the season starts. 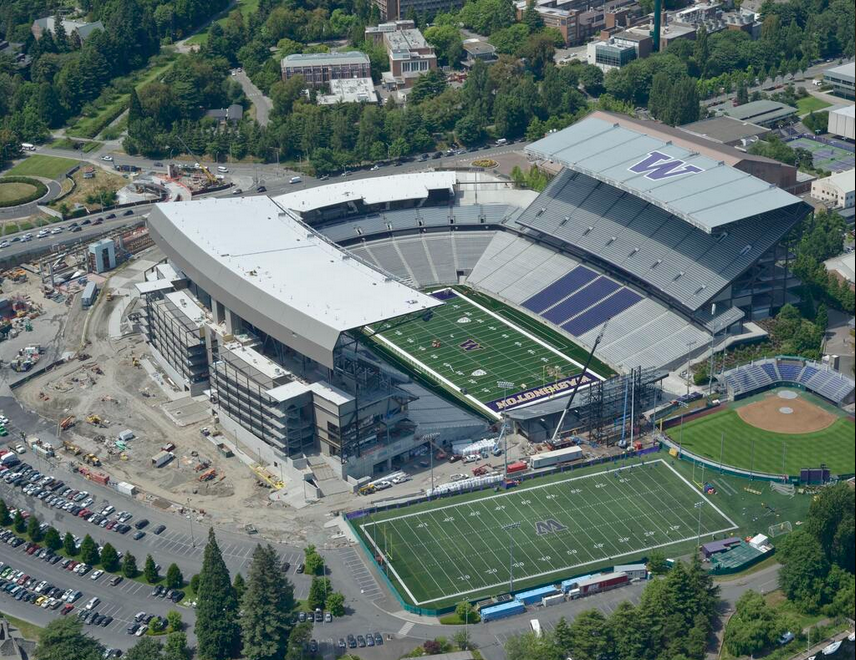 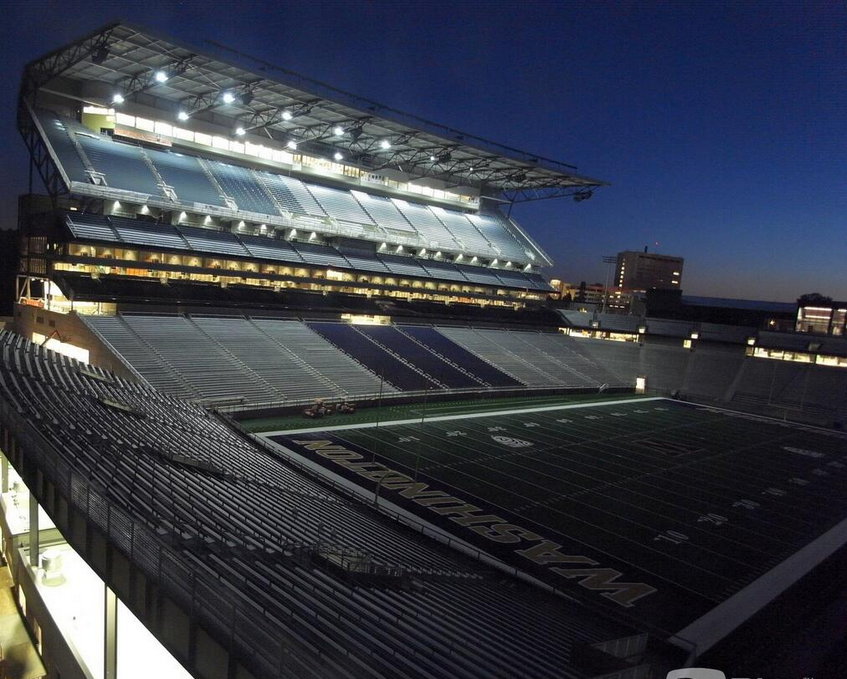 The Husky Stadium website has a list of what is changing with the new stadium and what isn’t:

Here is what the stadium looked like before renovations:

When you’re competing for recruits, an updated stadium is a must and the Huskies did a great job.