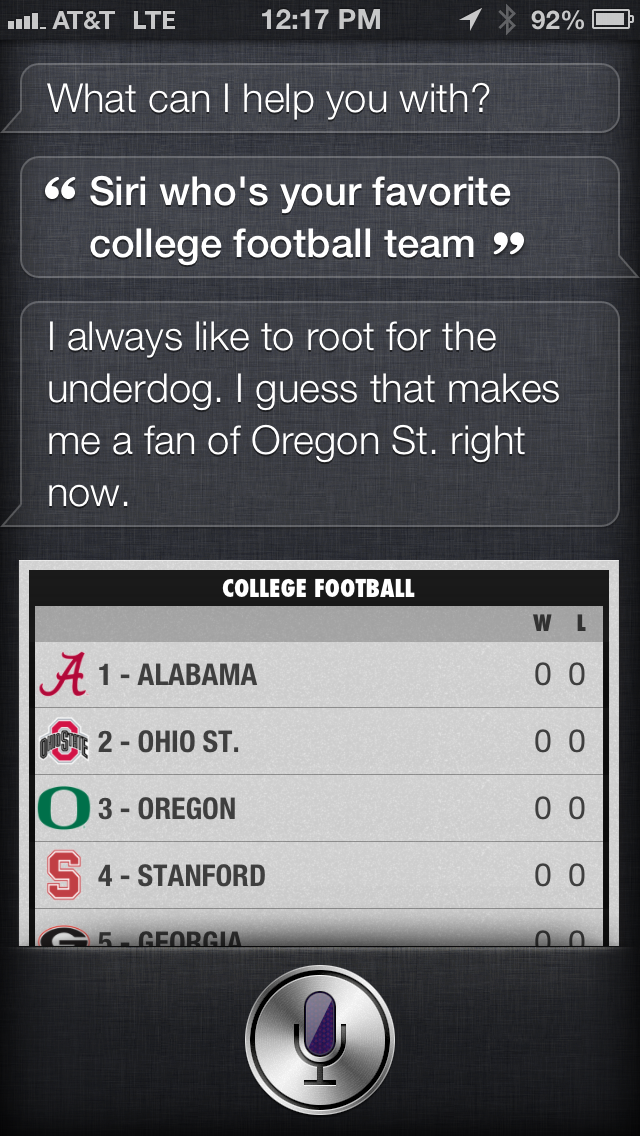 Apple iPhone’s assistant Siri has a favorite college football team, and that team is the Oregon State Beavers because they are apparently underdogs.  Looks like the big schools in Oregon have control of some major companies.  The Oregon Ducks have Nike backing them up and the Beavers have Apple.  This isn’t the first time that Apple has done something special like this with Siri, just ask her “who is the magic man” and you’ll get a funny response.