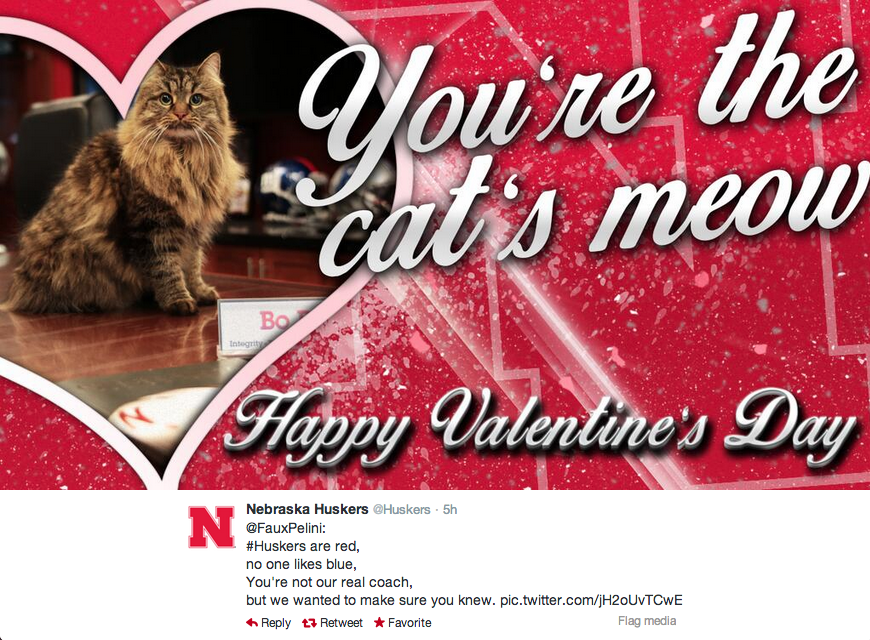 One of the funnier developments this year has been the interaction between Nebraska Cornhuskers head coach Bo Pelini with his Parody Twitter Account Faux Pelini. On Valentines Day, the Nebraska Cornhuskers official Twitter Account sent @FauxPelini a Valentine and it was pretty creative. Wonder if this will start a trend of interaction between the real accounts and parody coaching accounts.