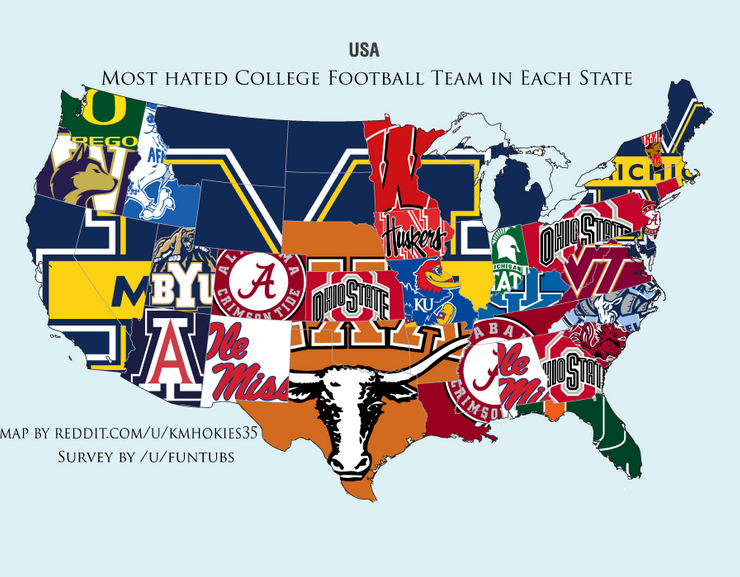 Reddit went on to conduct a survey on the most hated college football teams by each state and it was quite a landslide. Ohio State received 27% of the vote and Michigan received 21% and no other school received higher than 7%. Seems as though the two schools are hated as much everywhere as they hate each other.

UPDATE: Apparently there were some Reddit users that were “ballot stuffing,” so here is the newest/most up to date map.