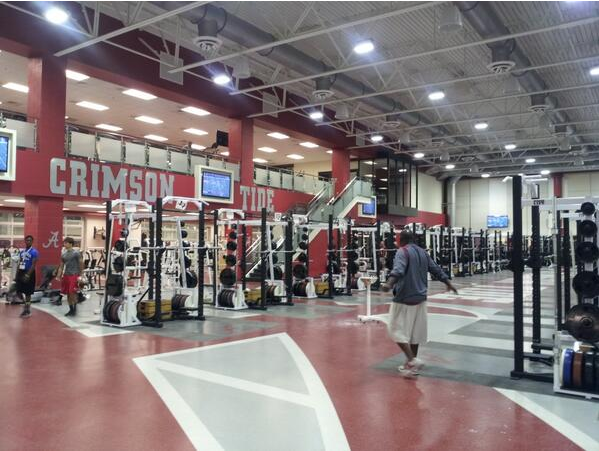 The Alabama Crimson Tide are the two-time BCS defending National Champions, but with the amount of focus they have put on the Texas A&M Aggies, you wouldn’t think so.  The Crimson Tide have a dangling sign with the Aggies’ interlocking “ATM” logo inside a maroon outline of the state of Texas on every single pull-up bar.

On top of that, every single television in the weight room has been playing the Alabama-Texas A&M game and even the Cotton Bowl game between Texas A&M and Oklahoma.  Something tells me that the Crimson Tide are going to roll the Aggies on September 14th in College Station. 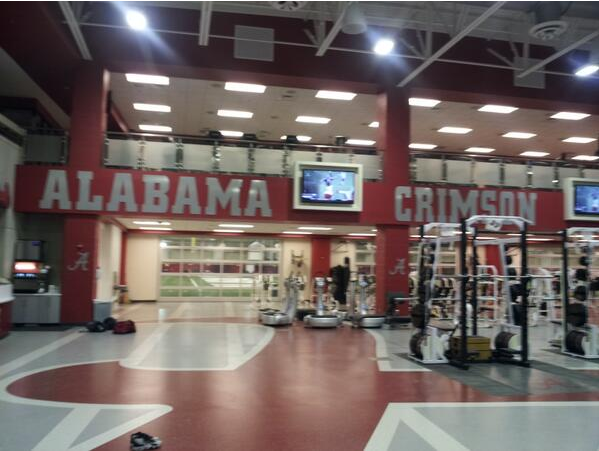