As great as the night was for the North Dakota State Bison during its Tournament upset over Oklahoma, their best player Taylor Braun had a bit of a off night. The Newberg, Oregon native, who average nearly 19 points on the season,  finished with 11 points  and ended up fouling out in overtime.  At the same time, Braun, like his teammate Marshall Bjorklund (seen below), physically took beatings all game.

Think these two warriors care about some bruises on their faces? Psssh. 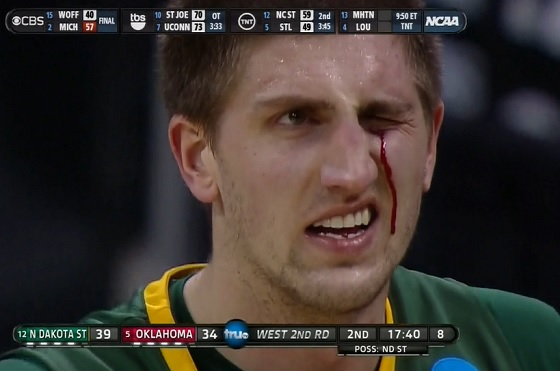